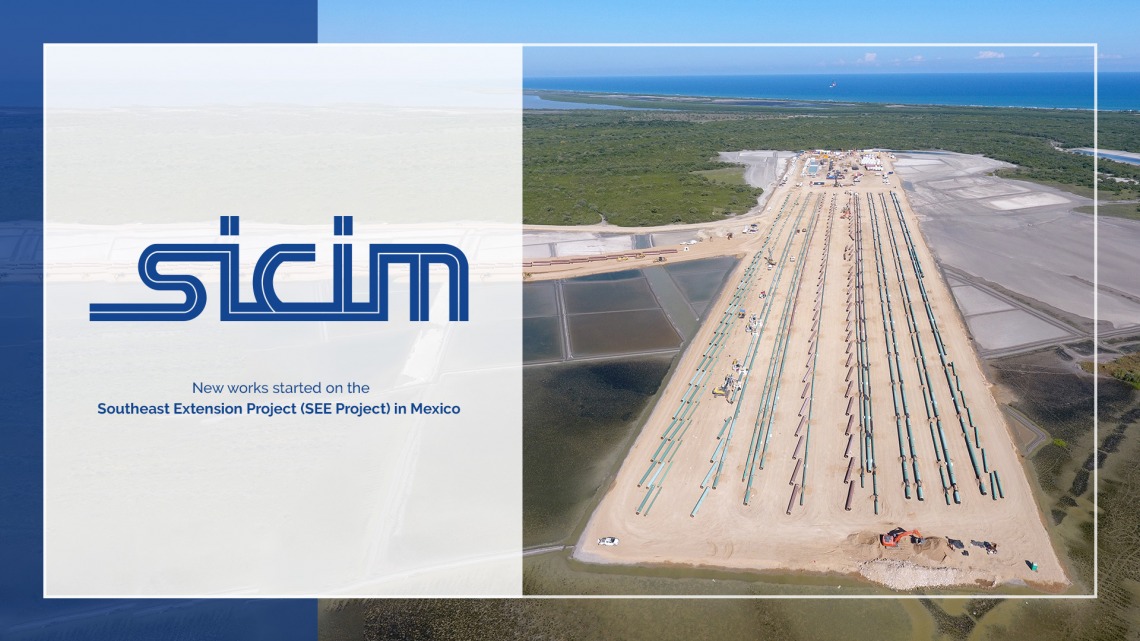 SICIM has been awarded a new project in Mexico, in Dos Bocas, of which works have just started. To date, over 3500 km of pipelines have been installed in Mexican territory, which are destined to increase with the new activities.

The Southeast Extension Project (SEE Project), is part of a broader articulated scheme aimed at expanding the use of gas from Texas, through the "Sur de Texas" marine pipeline to the north-eastern area of Mexico, which also includes the Yucatan. The works include the installation of a new gas pipeline starting from Tuxpan and arriving in Dos Bocas. The task entrusted to SICIM is the installation of the arrival section, a land-sea connection called “landfall”, performed with a modern technology that takes the name of “direct pipe”. This technique carries out a drilling using a protection pipe, 48 inches in diameter and 1 km long, into which the final pipeline of the marine gas pipeline to the mainland will be introduced. After making this sea-land connection, SICIM will install a section, 500 meters long, which will connect to the new gas metering station, used for measuring, regulating and controlling the gas transported. The works were commissioned by TC Energy, one of the main North American energy companies, and the end of those is scheduled for 2024.

We and selected third parties use cookies or similar technologies for technical purposes and, with your consent, for other purposes as specified in the cookie policy.
You can freely give, deny, or withdraw your consent at any time.
You can consent to the use of such technologies by using the “Accept” button. By closing this notice, you continue without accepting.
Learn more and customize
Reject Accept
See full Cookie Policy

The following panel allows you to customize your consent preferences for any tracking technology used to help us achieve the features and activities described below. To learn more about how these trackers help us and how they work, refer to the cookie policy. You may review and change your choices at any time.

These trackers are used for activities that are strictly necessary to operate or deliver the service you requested from us and, therefore, do not require you to consent.

These trackers help us to deliver personalized marketing content to you based on your behavior and to operate, serve and track ads.