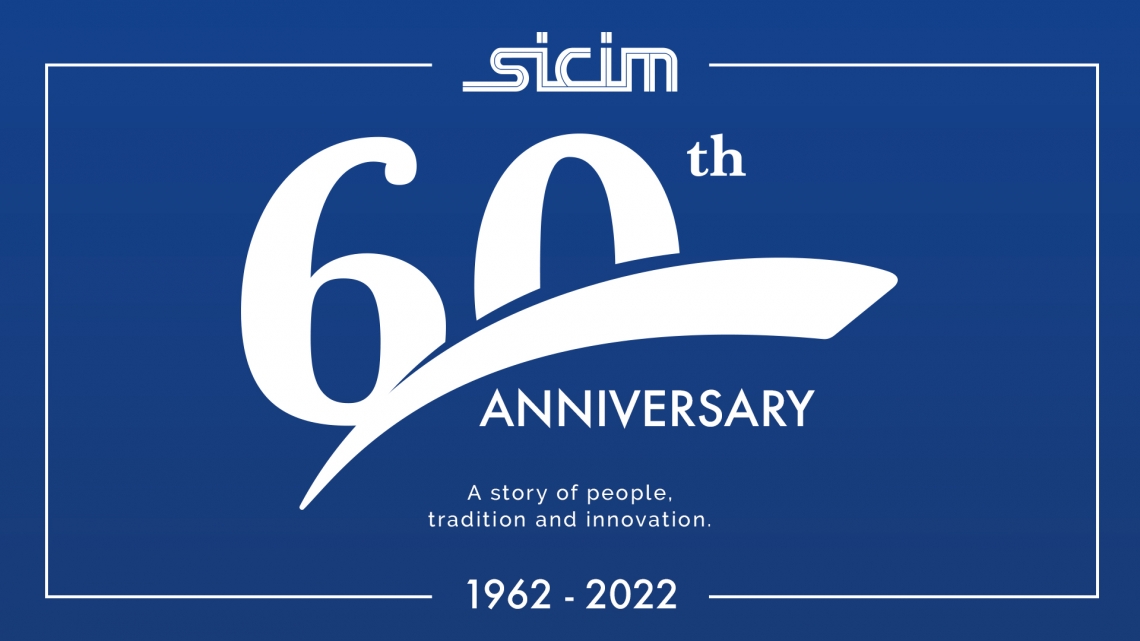 January 22nd, 2022 is an important date for Sicim. On this historic day, our company blows out 60 candles and we would like to share this goal with all those who have accompanied us in this incredible journey these years.

It was in the Sixties when Gian Pietro Riccardi decided to give a tangible form to that intuition that would shortly after be named Sicim. Italy was in the middle of an economic boom, in the wake of the great reconstruction that began immediately after the Second World War. It was 1962 when Gian Pietro Riccardi felt that it was the perfect time to create a new reality entirely dedicated to laying pipelines. He thus created his family business: SICIM.

The Company has grown exponentially in these 60 years of history.  It has gained its reputation for being resourceful, determined and efficient.  The entrepreneurial spirit, that has always guided its choices, thrives for constant and solid growth, which yesterday like today has its roots in human ideals and principles.  The headquarters in Busseto, symbol of the identity and character of this Company, is present worldwide from the heart of Europe to Kazakhstan and Canada.

The technological innovation, the continuous logistical, climatic and environmental challenges in countless projects and over 15,000 kilometers of laid pipes have allowed Sicim to grow from a pipe-laying company in the province of Parma to a world leader in EPC projects for treatment, transport and distribution of oil, gas and water which today has 25 offices around the world.

Internationalism has not affected the physiognomy of a family-run Company: parents, children and siblings work side by side every day. Sicim's family has expanded over time to include now over thirty different nationalities among its employees.

It is now time for Sicim to look ahead, bearing in mind its continuous commitment to provide clients with the best possible services, to seek sustainable technological solutions, to continue promoting health & safety at work and, last but not least important, the development and growth of people whom belong to this family.

These are the values of Sicim over the past 60 years; values that Sicim will carry forward for the next 60 years.

We and selected third parties use cookies or similar technologies for technical purposes and, with your consent, for other purposes as specified in the cookie policy.
You can freely give, deny, or withdraw your consent at any time.
You can consent to the use of such technologies by using the “Accept” button. By closing this notice, you continue without accepting.
Learn more and customize
Reject Accept
See full Cookie Policy

The following panel allows you to customize your consent preferences for any tracking technology used to help us achieve the features and activities described below. To learn more about how these trackers help us and how they work, refer to the cookie policy. You may review and change your choices at any time.

These trackers are used for activities that are strictly necessary to operate or deliver the service you requested from us and, therefore, do not require you to consent.

These trackers help us to deliver personalized marketing content to you based on your behavior and to operate, serve and track ads.